Although this is Southern Spain, close to the Mediterranean and Africa, The Sierra Nevada boasts Europe’s most southerly ski resort and mainland Spain’s highest mountain, Mulhacen 3482m above sea level. As an indication, the ski season usually starts here at the end of November and finishes in May with a celebration of skiing in the morning and swimming in the sea in the afternoon! However there are sometimes during the season when the snow starts to get a bit thin though we can usually find somewhere to snowshoe.

The joy of exploring the Sierra Nevada on snowshoes is that the area is mainly undeveloped, so unlike alpine ski resorts you can get a real feel of wilderness away from crowds, ski lifts and prepared snow slopes. Our snowshoeing days start from one of the pretty high villages (usually with coffee) before heading up dirt track roads as high as possible into the snow. Occasionally we have to walk a bit before putting on snowshoes but often we can snowshoe from the car.

Our routes usually start up through the forests before gaining the open slopes above the tree line. On the majority of days we enjoy blue skies and sunshine which is a distinct advantage over the traditional alpine resorts, though if the weather is poor we can always walk the spectacular paths in the Alpujarra (the lower southern slopes of the Sierra Nevada).

On our snowshoeing holidays we like to spend a night up at the Poqueira Refuge (2500m) which although bunk accommodation has a good dining room, bar and made all the better by the log fire.

Snowshoeing is a little more strenuous than normal walking, but we are often walking over terrain where it would be impossible to walk without either snow shoes or touring skis. That said the normal snowshoeing day is around 10am until 4pm though shorter if conditions dictate. 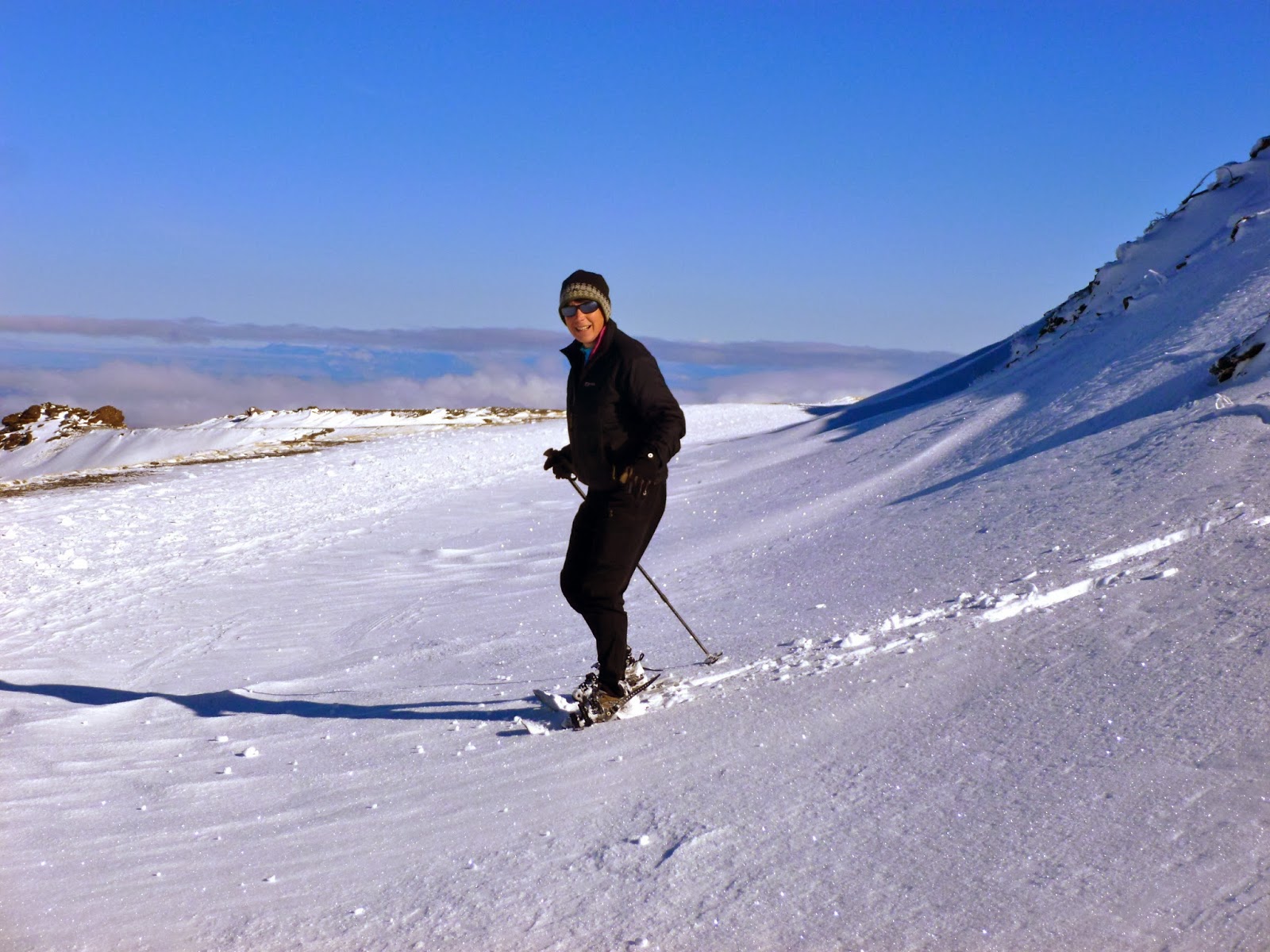 In short, snowshoeing is good fun; sociable and takes you to places not normally visited in the winter months. Sierra Nevada Guides are all International Mountain Leaders, the qualification recognized in Spain (and internationally) for being a snowshoeing Guide.

Sierra Nevada Guides are offering guided snowshoe hikes from 50 Euro’s per person including the hire of snowshoes.